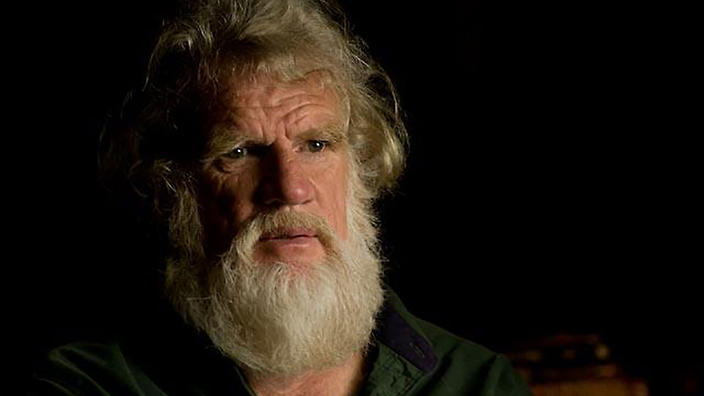 Bruce Pascoe is coming to speak at Korumburra for the Making Local Food Work: Southern Gippsland Local Food Event hosted by Grow Lightly on June 20. Bruce will speak and then there will be 12 other speakers who will have approximately 6 and a half minutes each to share their stories. Watch out for their profiles being featured here. But for now it is Bruce Pascoe’s turn

Did you know that Aboriginal people built houses, built dams, sowed seeds, irrigated and tilled the land, altered the course of rivers, sewed their clothes, and constructed a system of pan-continental government that generated peace and prosperity? No, I didn’t either. How could Australia have missed this information about Aboriginal agriculture?

Bruce Pascoe puts forward a compelling argument for a reconsideration of the hunter-gather label for pre-colonial Aboriginal Australians.  The evidence insists that Aboriginal people right across the continent were using domesticated plants, sowing, harvesting, irrigating and storing- behaviours inconsistent with the hunter-gatherer tag. ‘If we look at the evidence presented to us by the explorers and explain to our children that Aboriginal people did build houses, did build dams, did sow, irrigate and till the land, did alter the course of rivers, did sew their clothes, and did construct a system of pan-continental government that generated peace and prosperity, then it is likely we will admire and love our land all the more.’

Born in Richmond, Victoria, in 1947 Bruce Pascoe is a school teacher, deck hand, barman, farmer, Director of Commonwealth Australian Studies project, editor, publisher, and works in Indigenous language retrieval. He published and edited Australian Short Stories quarterly magazine for 16 years, and was joint winner (with David Foster) of Australian Literature Award (1999) and winner of the Radio National Short Story Competition (1998). With 29 books to his name, including the 2013 Prime Minister’s Literary award-winning Fog a Dox, Bruce Pascoe’s Dark Emu won the NSW Premier’s Literary Awards Book of the Year. This is in spite of the fact that, as he says, his family denied their own Aboriginality for a long time.

Dark Emu argues for a reconsideration of the ‘hunter-gatherer’ tag for pre-colonial Aboriginal Australians and attempts to rebut the colonial myths that have worked to justify dispossession. Pascoe provides compelling evidence from the diaries of early colonists that suggests that systems of food production and land management have been blatantly understated in modern retellings of early Aboriginal history, and that a new look at Australia’s past is required.

Using early contemporary records and journals as well as other evidence, Pascoe argues pre-colonial Aboriginal people were not hunter-gatherers, but had a democracy that ensured peace across a continent which was extensively farmed, skilfully managed and deeply loved.

According to the judges’ official comments, “Dark Emu reveals enormous Aboriginal achievement in governance and agriculture, and restores these to their rightful place at the epicentre of Australian history”.

I am so excited for this opportunity to hear Bruce. I loved his book and can’t wait to learn more about food that is local to this area and enjoyed by the original inhabitants of this land.

View all posts by growlightly

A weekly or fortnightly bag of vegies and fruit for your family. Grow Lightly in Korumburra packs clean, fresh, local food bags for you. Order yours now. Go to our online shop to order your vegie bag now.

Beautiful, fresh, local grower, no pesticides, no artificial fertilisers, grown using regenerative agricultural practices : sounding pretty darn good to me. Get them at Grow Lightly tomorrow and in coming weeks
Putting together a Christmas hamper? Get your delicious local produce here #growlightly #korumburra #local #nowastechristmas
Market day tomorrow morning, Xmas carols by South Gippsland Concert Band. Seasonal produce with Grow Lightly, Jones Potatoes, cherries and strawberries, abundance of plants and much more to explore ... #farmersmarket #visitkorumburra #growlightly
Looks like a fresh summer salad! Quick and easy! Diced cucumber, apple, deliciously fragrant mint and coriander, spring onions and finished with a lime and olive oil dressing (add a little honey or sugar if you like it sweet) and a sprinkle of salt and pepper.
Picked this morning, these strawberries have travelled only 12km. They taste and smell so divine!!! #strawberries #growlightly
Grow Lightly’s own brand marmalade: Luscious Lime and Crazy Cumquat, made locally with love and local ingredients #growlightly #korumburra #limemarmalade #cumquatmarmalade